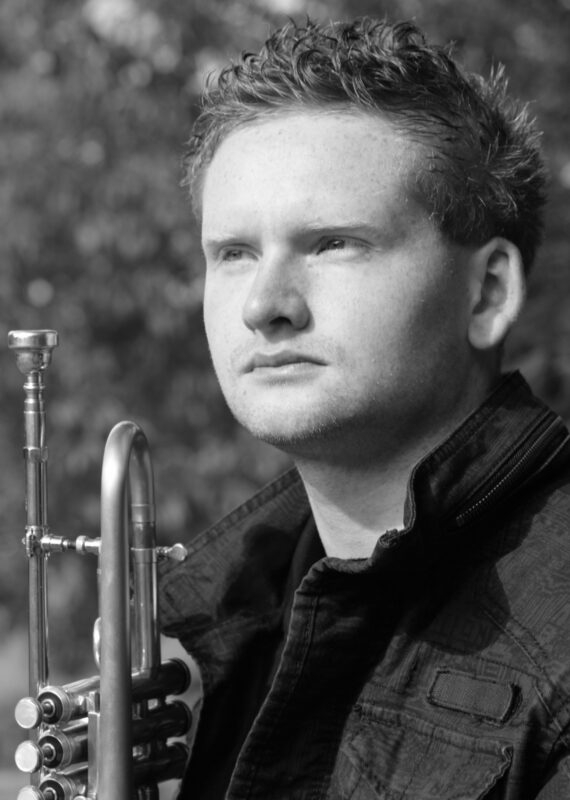 Through passion and dedication, Joel Cooper can create soundscapes that inspire, exhilarate and motivate.
listen now

MediaTracks are keen to support creative people and to help composers to actually earn a living from the music that they write.

Joel’s interest in music began at the age of seven when he started learning the piano. Then, at eight years old, Joel attended a brass band concert where the principal cornetist played a solo that made Joel instantly fall in love with the cornet and inspired him to start playing the instrument.

Throughout school, Joel was always involved with musical activities as well as being invited to become a member of both the National Children's Orchestra and National Youth Orchestra. As a teenager, he took up the drums and played in several rock bands, including a Beatles tribute band, with whom he performed at the Beatles museum during his summer holidays. This is where Joel’s ability to understand rhythm and drum notation was solidified.

At the age of sixteen Joel won a scholarship to study at Chetham’s School of Music in Manchester. After graduating from Chetham’s School of Music, Joel went on to win a scholarship to the Royal Northern College of Music to study a Bachelor of Music degree. In his third year, Joel won an Erasmus scholarship to study in Lyon, France, with the famous trumpeter Thierry Caens. On his return to the UK, Joel was asked to perform a fanfare for Her Majesty the Queen, at the inauguration ceremony of Manchester University and the Royal Northern College of Music.

After university, Joel went on to perform with many orchestras worldwide, including the BBC Philharmonic Orchestra, the Royal Liverpool Philharmonic Orchestra, Opera North, The Halle, and Lyon Opera Orchestra. Now based in Suffolk, Joel enjoys a freelance career recording as a session musician, performing, teaching and composing. He has an eclectic taste in music and this is reflected in his compositions, from royal fanfares and military pieces, to uplifting soundscapes, upbeat instrumental dance music and beautiful tranquil piano pieces. Joel can use his expertise to create a unique piece of work that fits perfectly with any narrative. Joel is also the Managing Director of Inspired Music and enjoys performing chamber music with the Inspired Brass Quintet, Brass Beats Collective, and Brass & Ivories.

Joel loves to travel and has currently visited over 70 countries through music!

Winner of the ‘Brightersound’ competition for young songwriters, 2013.

Recordings and broadcasts of his brass quintet arrangements on BBC Radio 3 and 4, from Chester Cathedral.

Original tracks played on BBC Radio Suffolk, BBC Radio Essex, and many internet radio sites, including in the USA.

Joel’s dream commission would be to compose, ‘An Ionian Odyssey’ for a full orchestra, including a three month period in Corfu, overlooking the Ionian Sea for inspiration!