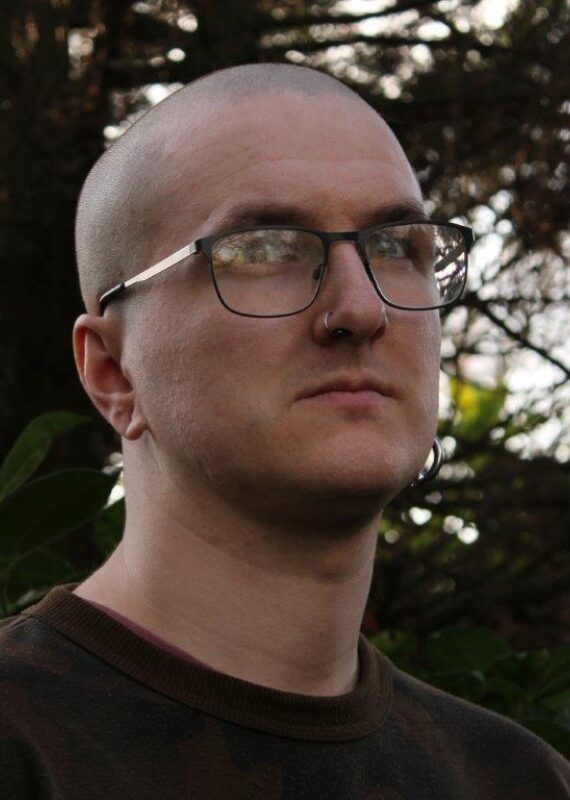 Matthew seamlessly mixes the worlds of live and electronic music to create tracks that tell a distinctive story.
listen now

When asked to get involved with MediaTracks, I had tracks all ready to go, so this was an opportunity to find a home for the music I had been writing and to also get a foot in the world of production music.

Matthew’s love for music started when he grew up learning the guitar, and playing in various bluegrass, folk and punk bands. When he reached his early twenties, he turned his attention to electronic music as his interest in genres like dubstep, grime and jungle grew. This led Matthew to study music production at the Access to Music college in Norwich, before starting his degree in the subject at Leeds Conservatoire.

During his time studying, Matthew has built up an impressive discography of both vinyl and digital releases under his main alias, ‘Mungk’, including a full length debut album, Temple of Mungk. As well as this he has received international bookings as a DJ. All of Matthew’s success thus far has confirmed his passion for his work and he is hugely looking forward to having a full time career in music.

Having a foot in both the worlds of live and electronic music, Matthew enjoys mixing the two as often as possible. He is influenced by genres including hip-hop, grime, and dub, but he loves to fuse these contemporary genres with live samples of world music, blues, jazz and folk. Having always been interested in fusing traditional music from around the world with more modern styles of beats and dance music, Matthew’s work is naturally cinematic and lends itself well to being paired with visual content. Matthew finds working on production and library music freeing as there is room to approach the creative process differently and experiment with different ways of working.

Outside of music, travel is Matthew’s other passion. He’s lucky enough to travel for DJ bookings, but even when he’s not playing, he tries to visit other countries as often as possible.

Credits:
A recent notable moment in Matthews career so far would be seeing his album, Temple of Mungk, listed in UKF’s top albums of 2021, as well as being interviewed by UKF earlier that same year.

Dream commission:
The absolute dream for Matthew would be to work on music for films by directors that he knows and respects. Movies have always been a big part of his life and growing up, he would often dream of working in film. He would love to combine these worlds, working in both the music and film industries.