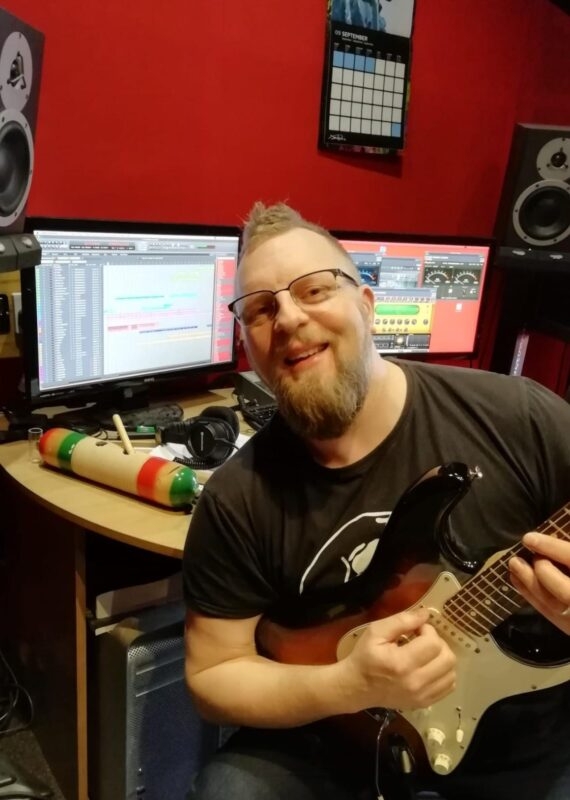 MediaTracks gives me autonomy and freedom to fully express my artistic opinion in relation to the tracks I create.

Roy studied violin from the age of six which led him to learn the trumpet, trombone and the piano. Roy continued to hone his musical skills by playing classical violin in orchestras, electric guitar and drums in rock bands, acoustic guitar in pop outfits and percussion with electronic acts. In his teens, Roy was hired to perform on recordings for production music libraries and the excitement of hearing his performances on broadcasted programmes instilled a desire to work within the production music industry. During this time, he was constantly writing and composing music, it is a natural process for Roy to be inspired by something in his life and transfer that into his music. Roy has since gone on to create works for TV and Film production as well as for the gaming industry.

Roy’s ability to compose music of any kind is natural and unformulated, he is able to bend the rules of music theory and genres to suit the style of any given project. Much like his personal taste in music, the compositions he creates are varied and saturated with influence from a variety of genres and styles. From orchestral arrangements, to rock/metal, to electronic dance music and everything in between, Roy relishes the freedom that his career in music gives him to write in a multitude of styles.

Production music affords Roy the opportunity to provide a wide spectrum of composition styles and allows him to exercise his creativity to the max. Each project is completely different and demands a fresh approach and process, involving a multitude of skills that Roy has acquired over his career.

Credits:
Tracks Roy has created have been used on video games such as Ford Street Racing, documentary called Are Chimps People Too? presented by Danny Wallace. In addition, Roy has also written music for radio advertisements.

Dream commission:
Roy’s dream commission is to be the lead composer for a Hollywood blockbuster. He loves to watch and analyse films, and especially the music!