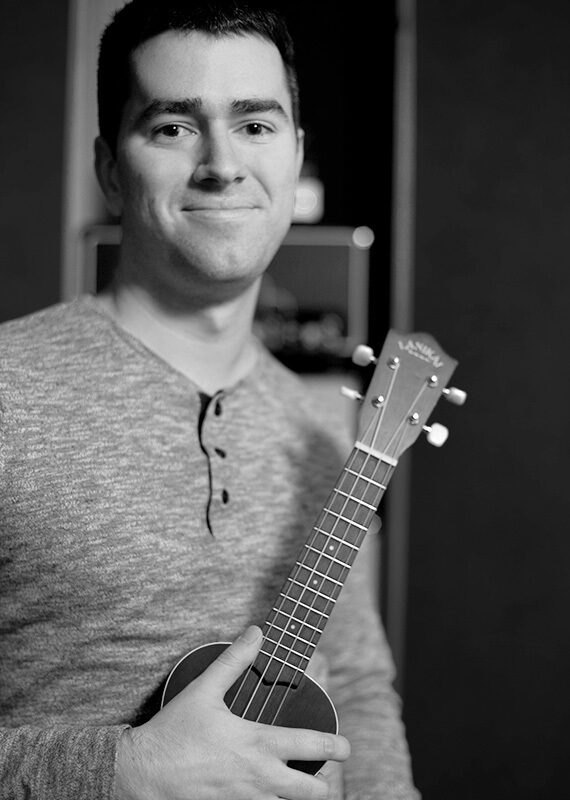 In a short space of time, Randy McGravey has achieved international success in the music licensing world. Specialising in acoustic compositions on guitar and ukelele, he writes honest music that gets right to the heart of every project.
listen now

Randy McGravey has been writing and recording music for over 14 years, but it wasn’t until 2018 that he began writing for music libraries. Since then, he’s gone on to record around 500 tracks with placements in the USA, Europe and beyond, so he’s certainly made up for lost time!

Randy’s passion for music began when he took up the guitar aged just 12. He started performing when he was in high school, before going on to achieve a Bachelor's degree in Music Business from the University of Massachusetts Lowell. Since then, Randy has developed a varied career that includes performing, teaching and composing, as well as moving into voiceover work to add yet more strings to his bow.

While the guitar was his first instrument, Randy has gone on to play ukulele, banjo, bass and percussion, allowing him to explore a wide range of musical possibilities. Although most of his work is recorded solo, he embarks on some collaborative work, including working with his brother, who is a pianist, and branching out into electronic music partnerships.

When it comes to performing, Randy plays rock, country and alternative music, and one of the proudest moments of his career was recording in Nashville for a Lexi James project. He is based in New Hampshire, USA, and when he’s not busy composing, teaching or performing, he loves nothing better than cooking up a storm in the kitchen.

Dream commission:
What Randy enjoys the most about media work is the variety, and his acoustic style lends itself to a wide range of settings. From movies and sports to commercials and more, he welcomes variety and new challenges.