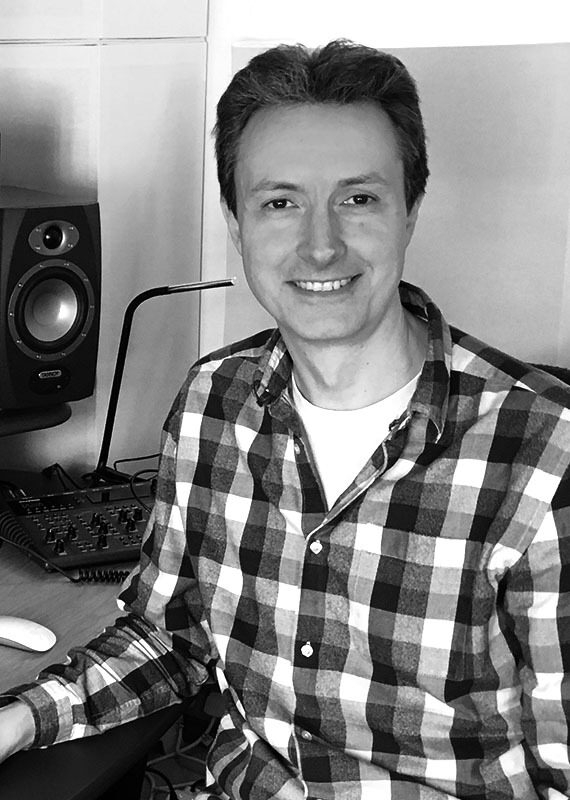 Writing for MediaTracks gives me the freedom to compose the music I really want to create.

Matt has been composing and experimenting with music since childhood, after he started playing the oboe at the tender age of 11. Although the drive to compose and create music has always been there, he didn’t initially dare to dream that he could make a career as a composer. After graduating with a BA Honours in Music from Southampton University, where he studied composition, orchestral performance and electronic music, he set his sights on playing and teaching.

As time went by, Matt became more interested in recording his own work and began to gather equipment for a home studio. Having realised that film and TV could be a way to make a career from composing, Matt approached media libraries and his career blossomed from there. He has now been a full-time composer for ten years, with Mediatracks playing a key role through that time.

Although he comes from a classical orchestral background, Matt has branched out into other genres, and he enjoys the creative freedom that media work brings. In particular, he loves to write scores for films and documentaries, with one of his proudest achievements being a commission for World War II in Colour. Outside of work, Matt enjoys birdwatching and astronomy, as well as spending time with his family.

Matt’s commissions have included scoring music to picture for wildlife, science and historical documentaries on the National Geographic channel, Discovery, the BBC, PBS, ARTE and UKTV. Credits include Le Sol et le Sang, T-Rex Ultimate Survivor, Wild Australia, The Great Math Mystery, Humpbacks – Cracking the Code, Bandits of Selous, Hitler’s Bodyguard and World War 2 in Colour. He also writes library music for use in TV, film and advertising, and his work has been broadcast around the globe.

Dream commission:
Matt has really enjoyed working with live orchestras in the past, so an ideal commission would be an orchestral score for a film or documentary, recorded with a full orchestra. He’d also love to hear his work played in a concert hall with a live audience!