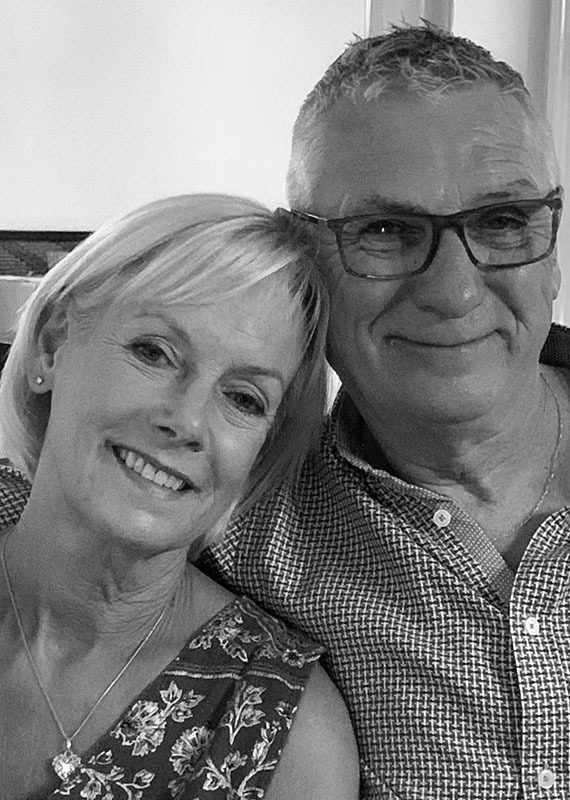 Martin and Judith Abbott’s beautifully crafted music has been used by some of the biggest brands on the planet.
listen now

Steve always took a personal approach, with a lot of enthusiasm for each writer’s work. We’re delighted to see this legacy continue with William and Andrew. They have a knack for knowing each writer’s strengths and empowering them to produce their best work.

Martin and Judith have been writing for Mediatracks since the company first began. Partners in life as well as in music, they’ve been writing and producing songs together since 1985.

Judith’s career in music began when she started a folk band at 18 and began to write her own material. From there, she began to sing with various covers bands and became a session singer. Meanwhile, Martin was also doing session work, as well as being Director of a commercial production company where he wrote, produced and recorded music and voiceovers for all aspects of media. They both very quickly realised there was a real need for specialist consultants within the industry. Their joint expertise and experience resulted in them creating a hugely successful music production business, writing and producing music for media from their own studio at home.

When their friend Steve Johnson launched the Mediatracks library in 1996, he invited them to write and produce tracks for future albums. As more and more music genres merged with media advertising, Martin and Judith's wealth of experience and versatility proved invaluable. Mediatracks went from strength to strength, creating a platform for Martin and Judith’s compositions and productions to be accessed by a huge and growing global market.

Martin and Judith currently have over 200 tracks on the Mediatracks music library. They like the fact that library work encourages them to try different styles, and enjoy the creative freedom to pursue what interests them and go in their own direction. As close friends of Steve, Martin and Judith were devastated when he passed away, but they’re delighted to see his legacy continue with William and Andrew, with the same passion for making truly great music accessible to the world.

Outside of work, Martin and Judith enjoy playing in folk sessions at their local pubs and getting out for a walk or bike ride in the fresh air. They also like going away to Lanzarote and doing session work out there, so they can play music while enjoying the sunshine.

Credits:
Over the years, Martin and Judith’s clients have included McCann, BDH, JWT, Global and Bauer Radio. Their work has been used in successful advertising campaigns for clients such as Kelloggs, KitKat, Coca Cola, Morrisons, Onken, Vimto, Ricoh and Dreams Beds, to name but a few. Their music was also picked up by a Stephen Speilberg production, “Lucky Seven”, and the film “Spider In the Web” (Ben Kingsley and Monica Bellucci). Their song “How Does It Feel” (from the MediaTracks vocals pop album ) featured in a Kelloggs TV commercial in South Korea.

Dream commission:
A dream commission for Martin and Judith would be an acoustic album with lots of creative freedom to explore it in their own way.