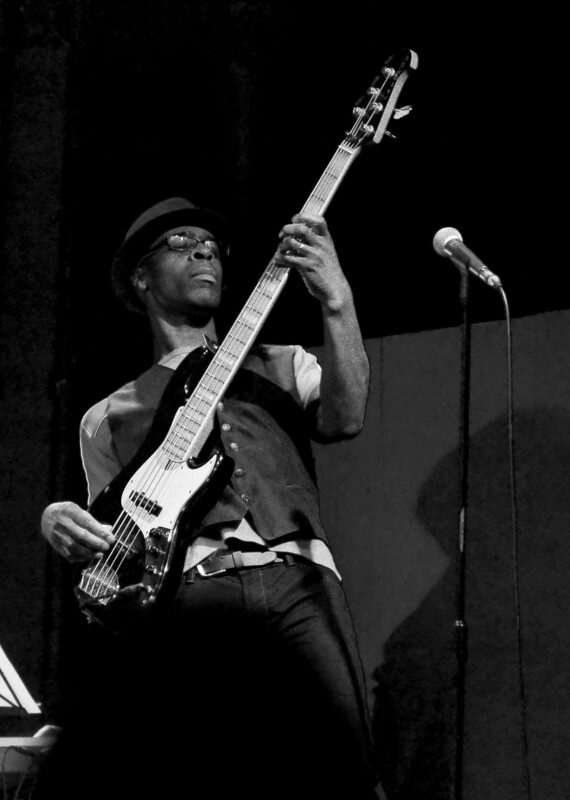 With a wealth of experience and unrivalled networks, Marcel Pusey is driving innovation right across the music industry. As well as joining us as a composer, Marcel is also Curator for MediaTracks World.
listen now

Being asked to work on MediaTracks World was something that really excited me. With the amazing network of musicians I have, and the goals MediaTracks have set in place, it felt like a great fit.

Growing up, Marcel was obsessed with rock music in all its forms. He taught himself to play bass guitar, formed his first band aged 11 and was recording original material in the studio just a few years later. After studying Jazz at the Western Australian Conservatorium, followed by a Business and Finance degree back in London, it wasn’t long before Marcel set up his first company, Bassistry Arts. The company was established to develop music education workshops for schools, and it soon won a Shell LiveWIRE Award for Outstanding Business.

These days, Marcel leads a varied career as a producer, composer, educator and bass player. He manages the award-winning production company, Bassistry Music and is Director of multimedia companies O-Music Ltd and C4S Ltd. His team have worked on a wide range of influential projects, including developing music education app O-Generator and educational music library Cool4School. Marcel’s work takes him around the world and he is in demand as a keynote speaker, presenter and workshop leader.

Marcel also writes and performs with his band, Bassistry, and composes for libraries. His first encounter with library music came when he was approached about adapting material from Bassistry’s second album, In Time. Since then, he’s been commissioned to compose music for children’s television series for the BBC, ITV and Channel 4, as well as multimedia and video games. He works closely with a group of musicians in his network, including Ivor Novella winner Cassell the Beatmaker (drummer of The Streets) and Eric Appapoulay (guitarist with Cat Stevens)

Marcel loves the varied nature of his career, and enjoys working with a small network of gifted artists. He is keen to nurture new talent and is part of Cassell’s ITM creative team, working in partnership with the Ivor Academy and PPL to mentor and produce music for young and gifted songwriters. As well as composing new music for MediaTracks, Marcel will also be the curator of the new MediaTracks World label, and we’re very excited to see how it develops.

Credits:
Marcel’s tracks have been used right across the world, with credits including ITV, Channel 4, Audio Network and E Skills.

Dream commission:
A dream project for Marcel would be a movie like Sharp. He’d love to have the freedom to create and record in a variety of styles alongside his network of musicians.