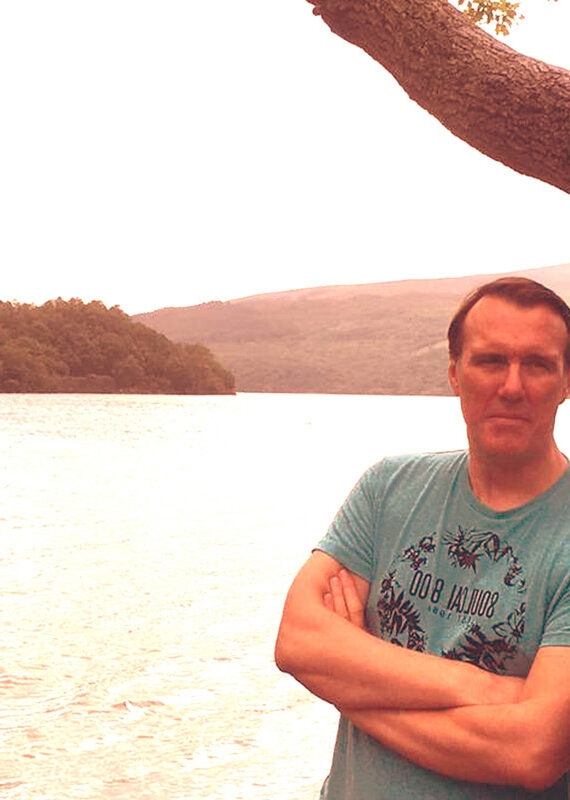 After taking up the guitar at an early age, Ken has always had a passion for music, but his route towards becoming a composer was an unusual one! He began his career with a mechanical engineering apprenticeship, before realising he was interested in sound engineering, and he took the bold move to leave his job and start a recording studio in Edinburgh. Though he learned a lot from recording live bands over the years, he eventually found himself looking for a change and trained to become a teacher, as well as beginning to compose for film and TV. He has now retired early from teaching to focus fully on his music.

Often using acoustic guitar and piano as his starting point, Ken creates music that is immersive and emotional. His work has been used for a wide range of productions, including dramas, documentaries and children’s television, and he has built a strong following on streaming platforms. His acoustic playing style, often interwoven with ambient orchestral and electronic sounds, creates an inspiring portfolio of melodies and rhythms that range from uplifting to deeply introspective.

One of Ken’s favourite things about working on production music is the longevity it affords for his work and the far-reaching impact that it’s had across the world. He’s been composing for MediaTracks for around 25 years, and enjoys the creative freedom that it brings. Outside of work, Ken loves to explore other sides to his creativity. He’s learning more about stop-motion animation, and would love to combine his animation skills with his music one day!

Credits:
Ken’s work has been credited right across the world, including everything from dramas and documentaries to children’s TV such as CBeebies favourite Nina and the Neurons.

Dream commission:
Ken loves working on projects that give him the freedom to explore his creativity. A dream commission would be a film, a play or a prestigious BBC drama - something he could really get his teeth into!