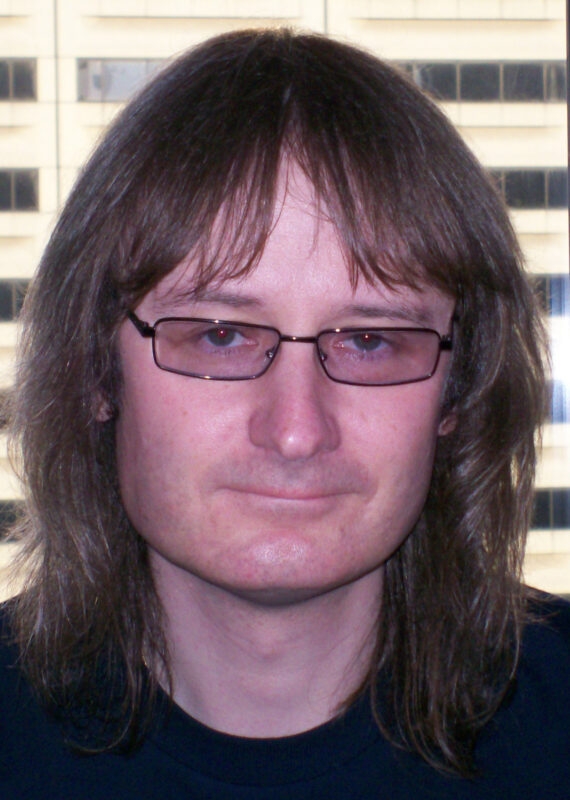 A specialist in synthesisers and dark electronics, Jonathan Sharp explores new sound worlds you couldn’t have imagined, taking you to new realms of discovery.
listen now

Working with MediaTracks allows me to write music that plays to my strengths.

Having spent most of the 90s performing heavy industrial electronica, composing music for film and TV wasn’t something Jonathan expected to go into. Nevertheless, he drifted into the music library world somewhat by accident, and has since written over 1,000 library tracks used across the globe.

Greatly enjoying the freedom of being able to write in a broad variety of styles for each project, Jonathan’s work is far from generic. He works with guitar, bass, synthesisers and custom sound design to create soundtracks ranging from retro rock all the way to synthwave, and relishes the opportunity to create unconventional sound worlds.

Outside of production music, Jonathan has started creating commercial soundsets for a range of softsynths under the name Heartwood Soundware, and has even built a large part of his modular synth rig himself - along with some DIY noise-making devices for good measure! He also finds time to write and record experimental electronica and hauntology themed electronica, as well as performing live across the UK.

Jonathan has been credited on film soundtracks including Bad Santa and The Riddle, as well as having trailer credits for The Equalizer, Blair Witch, Bye Bye Man and Now You See Me. His TV credits include the BBC News.

A dream commission for Jonathan would be creating a 70s themed horror or sci-fi soundtrack.