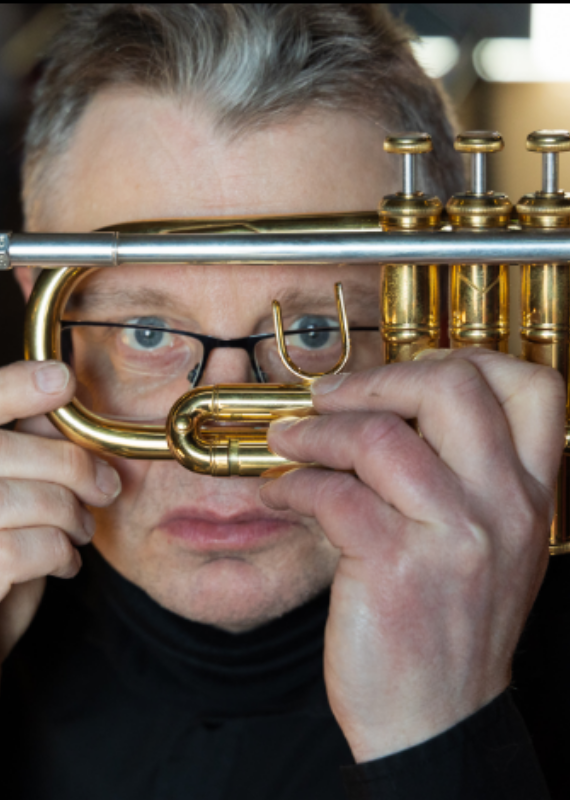 I love the creativity and the fact that one small idea can develop into a whole range of tracks. The variety and spontaneity are very appealing to me.

When he was a young, many of James’ family played in colliery brass bands and so it was only natural for him to follow in his family's footsteps playing in brass bands. As James’ journey into music progressed, he discovered Bach and Beethoven through his parents' record collection, and from that moment on, music took a centre stage in his life.

James then went on to study music at Trinity College of Music in London, where he developed his skills as a professional musician. After studying, James has had a rich career playing brass in leading symphony orchestras, famous brass bands, dance orchestras, early music ensembles, brass quintets and working with the Royal Shakespeare company.

James’ ability to innovatively compose and record brass music allows him to explore many genres through a classically trained lens, pushing the boundaries of people's perceptions about brass music. Through his compositions, James endeavours to get the greatest depth of sincere expression in his music juxtaposed with fun and light themes.

When not making music, James is renovating his Georgian farmhouse in Nottinghamshire.

Highlights of James’ career include performing with David Tennant in New York for the RSC, performing a trumpet concerto in the presence of the queen, various live performances on the BBC as well as being awarded the prestigious Leche Trust award to study in the USA.