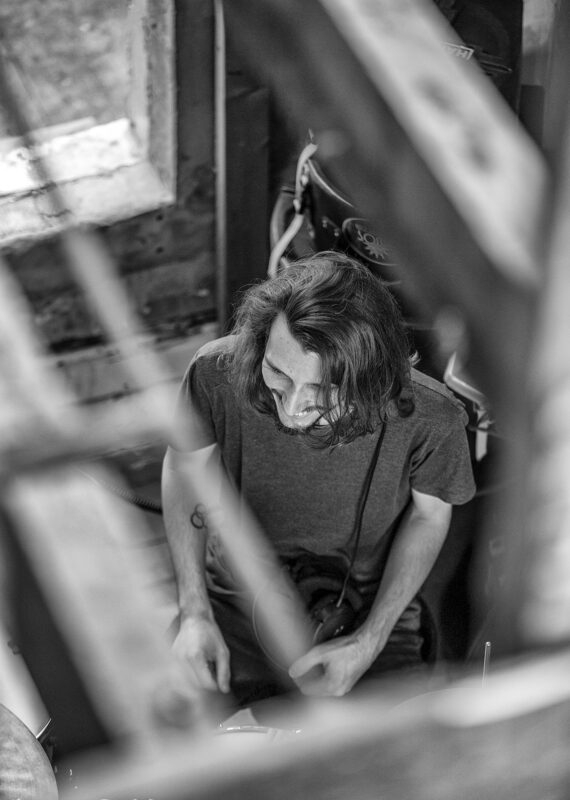 As far back as Jake can remember he wanted to play drums. He got his first kit at the age of eight and started lessons. After honing his skills on the drums, he joined his first professional band, The Reasoning, at the age of sixteen where he began touring and recording. In 2010 Jake was crowned the ‘5th Best Drummer of 2010’ by readers of Prog magazine.

While Jake was touring and recording he began to find himself writing more and more of his own music. Eventually, Jake was introduced to the world of production music, so he sent his music to some non-exclusive libraries, and things grew from there. It wasn’t until Jake began to receive his royalty cheques and recognition that he realised this could be a very rewarding career path to follow, alongside performing music. Jake then moved into writing for exclusive libraries all over the world, and through his production music work he has been lucky to work with some talented directors, scoring short films and documentaries.

For Jake, there is nothing better than writing, recording and performing music. He tends to approach every project differently, but always takes great care to establish the key details of the brief. Jake loves exploring new and exciting sounds, which gives each track he makes its unique identity.

Jake’s dream commission would be a TV drama series such as Succession, or Marvel’s Jessica Jones series. An instalment in the Final Fantasy series or anything directed by Hideo Kojima, or a hugely percussive score to a film like Birdman or the rock-band based John Wick films.