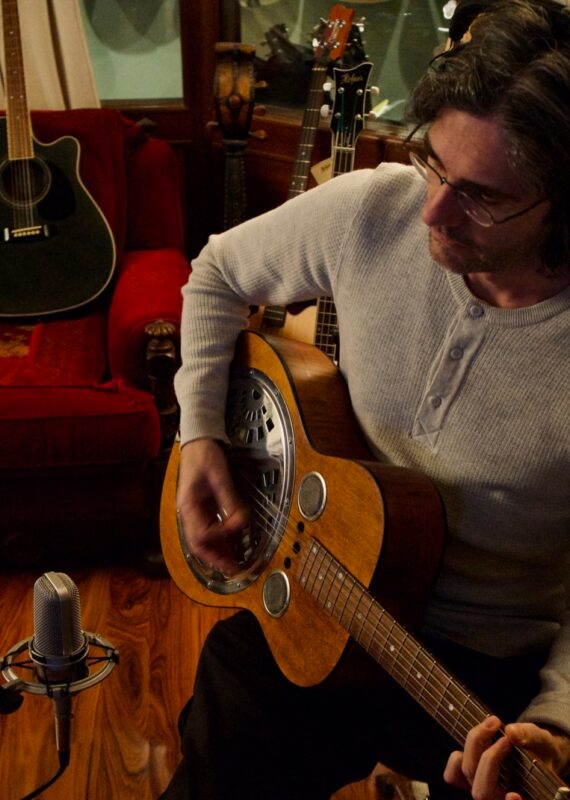 Grant Ransom’s expert approach to his work allows him to create tracks in all genres from raw, energetic rock to upbeat pop.
listen now

MediaTracks has had a very friendly, considerate and respectful style of communication and interaction.

Grant Ransom’s journey into music reads like a storybook. When he was young and starting to navigate his way through the myriad of bands and artists out there, he met a library composer who needed someone to fill in as a session guitarist and help him compose. Grant jumped at the chance to turn his hand to composing and has worked with this same composer ever since on both collaborations and solo albums.

Grant started out writing mainly blues and rock music, but as his skills developed he found himself exploring the world of pop music. As his career as a musician, producer and composer has grown, Grant has had the pleasure of working with some fantastic artists as well as travelling all over the world to work on these projects. Grant started recording and composing with Julian Lennon as well as travelling to Monaco to work with U2 as their engineer and producer. Currently living in Europe, Grant works on projects with artists and producers including James Sanger, David Noakes and Tim Ellis.

Grant enjoys production music as he feels a certain kind of freedom when he works on a brief, as well as constantly learning and developing his process and how he approaches different styles. Production music has allowed Grant to go back to his roots and explore raw, grandiose rock with a humorous edge.

When not working on music, Grant loves to read as well as ramble in the countryside. He also occasionally enjoys building effects units.