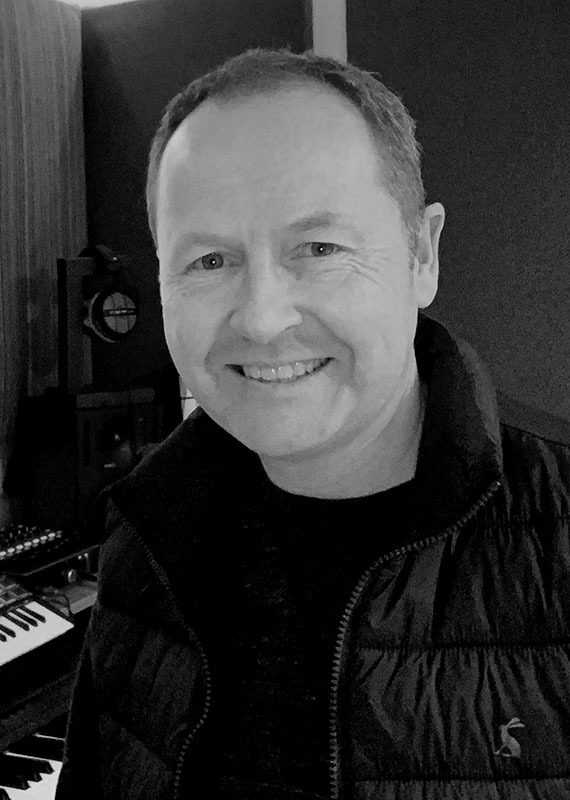 With a lifelong passion for combining music with technology, Damian Turnbull thinks outside the box to create truly innovative and immersive soundscapes.
listen now

Damian’s musical journey began in childhood, when he set his sights on playing the organ at his uncle’s house. Having taken up piano lessons, he also began recording and experimenting with sound from an early age, recording the sounds around him on a reel-to-reel tape recorder and creating his own soundscapes even as a child. One of his earliest memories involves recording Darth Vader voices by breathing into a milk bottle while playing John Williams in the background and making his own sound effects - an early sign of what was to come!

After leaving school, Damian started out as a session musician, before heading to night school to learn more about sound engineering. He began working as an engineer and midi programmer, writing backing tracks for singers, which inevitably led to him wanting to produce his own music. After being introduced to media work by a friend who was a cameraman, he worked for a production company and was an in-house composer for 3 years before going freelance. He started writing for Mediatracks around 20 years ago.

Damian’s music takes on a wide range of styles, from cutting-edge electronica to more ambient, chilled downtempo beats, and in recent years he has also been drawn to write more emotive, dramatic soundtracks. Alongside composing, Damian also works in technology, and finds that the two go hand in hand. He uses looping software such as Ableton, Splice and Loopcloud to create his work, and is always keen to explore different ways to take his sound in new directions.

Outside of work, Damian loves spending time with his family, going for a good long walk or getting creative with woodwork and DIY projects. He loves taking on something practical and hands-on to give him a break from his desk!

Credits:
Damian’s work has been used right around the globe with credits across the BBC, MTV, Discovery, NBC, CNN, Cartoon Network, Sky and many more. He has produced around 150 tracks for the Judge Rinder Crime Stories series after working with them for an extended period of time.

Dream commission:
Damian loves to fully immerse himself in a project and come up with a palette of sound that can be used throughout a whole programme or series. He particularly enjoys working on crime dramas and would love to do more in the future.