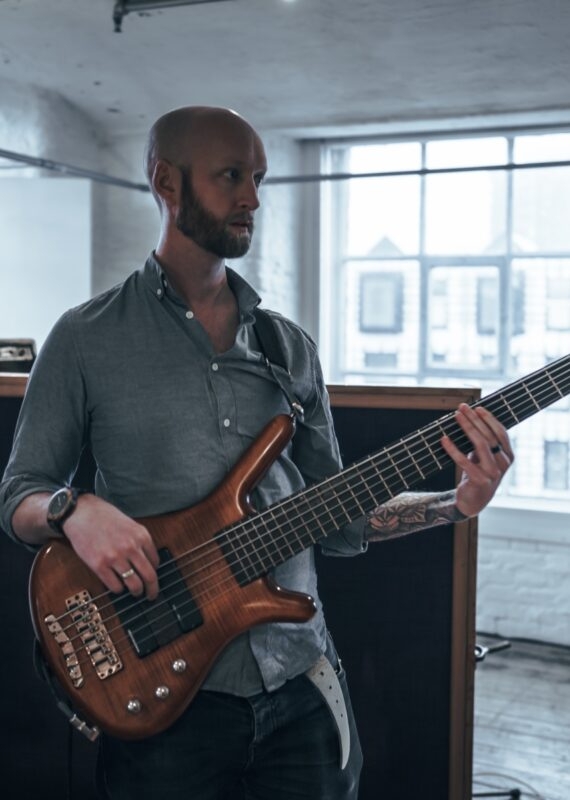 MediaTracks have been friendly and welcoming, open to ideas, clear briefs and guidance, as well as the freedom to make my own creative decisions with my music.

Andy started playing several instruments from a young age, including the guitar, bass and piano and enjoyed playing in bands as he grew up. In the early 2000s, Andy went to study Music Production at Leeds College of Music where he started making headway in his professional career as a musician. Andy was in demand to play bass as a session musician with a variety of bands and adapting to play many different genres. During his time as a session musician, Andy also found himself teaching music and music technology at college and university level.

Throughout his career as a musician and a teacher, Andy has always had a passion for composing. After teaching for ten years, Andy made space to start writing production music to allow himself to transition into a full time career as a composer. He started off writing royalty free music but quickly gained traction in the world of production libraries and TV work, and he hasn’t looked back since!

Andy’s work has now been featured on hundreds of shows in many countries and he’s expanding his portfolio every month. Andy’s success is in his ability to tap into the emotional content of any project that he undertakes and his works clearly shows his desire to create organic, stylish tracks with an incredibly polished and well balanced sound created with real instruments.

When he’s not making music, Andy is a keen poker player and cycling enthusiast!

Dream commission:
The commissions that would fill Andy with joy would be to compose some raw, guitar driven tracks for a show like Peaky Blinders, as well as something a whole lot more mellow, like a beautiful acoustic soundtrack for a show like Normal People or The Detectorists.