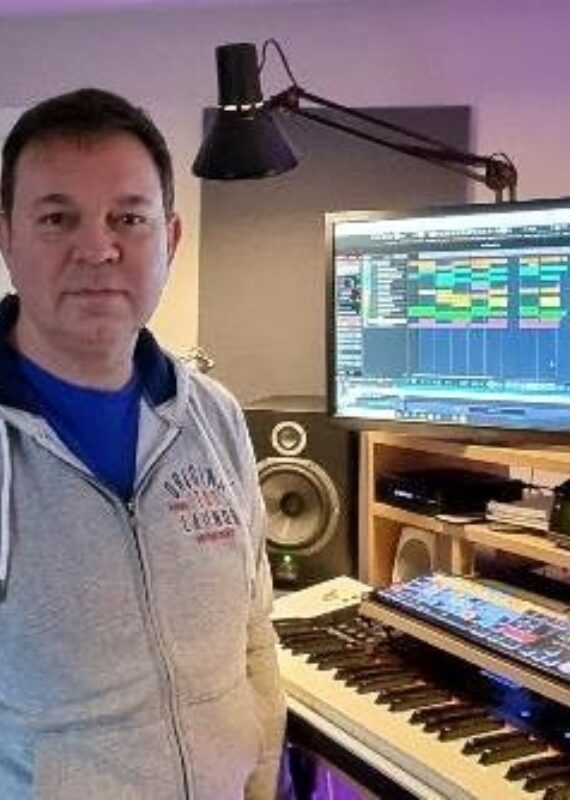 Alec Makinson has dedicated his life to music, and his passion is clear with his ability to immerse himself in the worlds he creates with each piece of work.
listen now

Working with Mediatracks, over what is now four decades, has been an honour and a thrill. It has paved the way for me to branch out and work with many other companies.

Alec's fascination with music started when he was young, when his parents acquired an old harmonium, which was quickly superseded by an electronic organ. Alec then became hooked on keyboards, transfixed by how he could manipulate the sound. Since then, Alec has always looked to create new and innovative works, and has achieved world success as a producer and composer, with his music being used in just about every territory of the globe.

The direction of Alec’s career in music led him to a slightly different area - into the world of radio, another passion of his. Alec joined the BBC working on local radio and began presenting and producing. His career with the BBC spanned almost 30 years, during which Alec was introduced to Steve Johnson, the founder of MediaTracks, and it was Steve who encouraged Alec to turn his hand to writing music.

Alec decided to retire early from the BBC to pursue a full time career in writing production music and has not looked back. Since, Alec has had over 500 tracks signed and published by production music companies. Alec’s catalogue of tracks is immense, running close to a thousand individual works and has been heard all around the world for decades now, on Film, TV, Radio and multimedia platforms.

Alec loves nothing more than sinking his teeth into a project, whether it’s a vague concept or a fully fledged idea, it's the process of honing his work that gives him a thrill. This thrill has seen Alec create work in all genres from orchestral all the way through to pop.

Another creative outlet for Alec is making works of art using coloured fused glass, which are available to view in high-end galleries up and down the UK.

Credits:
Alec's music has been used by lots of major brands such as Disney, Century 21 Insurance based in the US, Mulberry, KFC. As well as featuring in film and being regularly heard on all major TV and Radio networks including BBC, ITV, Channel 4 & 5.

Dream commission:
Alec has already worked on many advertising and jingle commissions, but his dream commission would be to score more incidental music for a TV series, anything from a drama to children's TV!