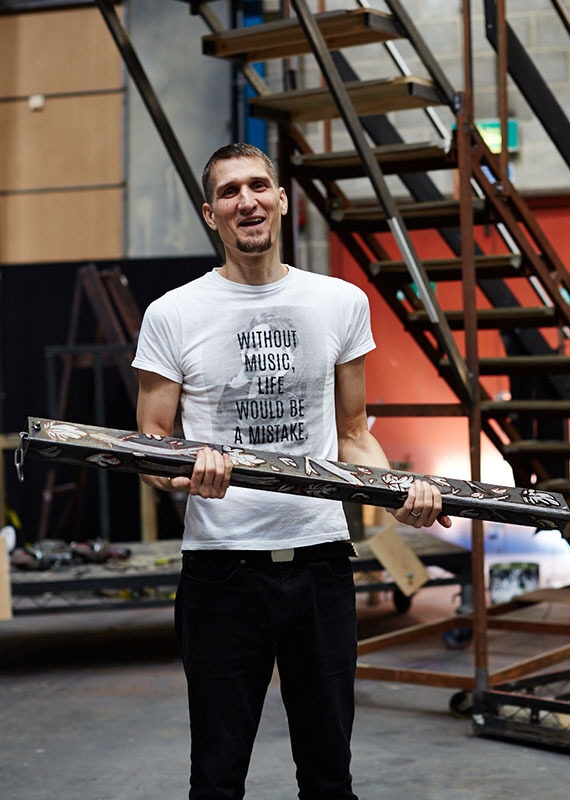 West Yorkshire based composer Andrew Potterton grew up in a very musical family, and he’s been passionate about music for as long as he can remember. He began composing when he was in his late teens, and since then he has built a diverse career as an electronic composer, producer, programmer and music lecturer.

Andrew’s musical output is wide-ranging, including electro-acoustic compositions, modern classical pieces, soundtracks, electronic pop and dance music. He was drawn to writing media production music because of his love of telling stories through music. Over the last ten years, he’s written music for TV, film, theatre productions, dance performances, art installations and computer games. He’s been working with Mediatracks since 2021, and we’re looking forward to seeing his music bring a wide range of projects to life!

Alongside his work as a composer, Andrew has been a music lecturer for over ten years. This role has allowed him to support new musical talent from around the world, and students of Andrew’s have gone on to sign recording and publishing deals with Sony Music, Universal Music Group and Warner Music Group.

When he’s not busy composing or teaching, Andrew is a keen outdoor swimmer and surfer. He enjoys travelling the world and jumping in the sea wherever he can!

Credits:
Key achievements to date for Andrew include music credits on official Apple video content, music on MTV Cribs, BBC’s Top Gear and The One Show, Next Top Model, I’m a Celebrity… Get Me Out of Here and hundreds of other TV, radio and film placement credits. His work has been used across the BBC, ITV, Channel 4, Sky, Netflix, Amazon Prime and many more major channels. He also composed music for Konami’s legendary Pro Evo Soccer computer game.

Dream commission:
Writing the music for the opening of the next Olympic games!